Endurant Brown Mulch Colorant can be used to add contrast or it can be applied to coordinate and blend into a landscape. It is arguably the most versatile of the color options and looks appealing on shredded bark and bark nuggets, among other mulch varieties.

When choosing your color consider whether you want the mulch to remain the same color as what you had when it was new. Or, if you would like to vary it. Consider contrast, coordination and whether you’re looking to accommodate your personal preference or the preferences of most other people.

Brown is often chosen for curb appeal because it is the most popular and common. Almost everyone will find it appealing.

Also, some people like that brown appears the most natural. It can look like soil from a distance. From a design perspective, brown is often chosen to look best with a red brick home, as well as with many other homes and gardens. Brown can be used with cool or warm tones, but it is a relatively warm tone. 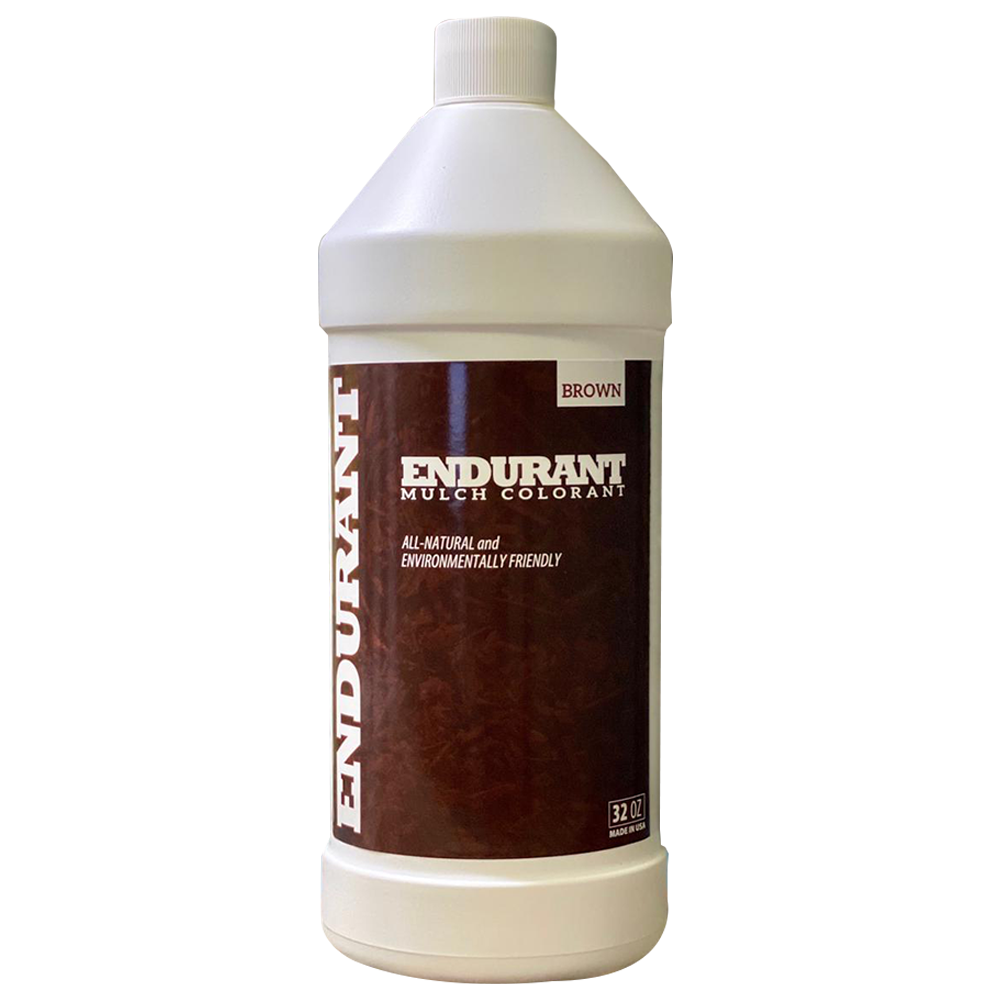